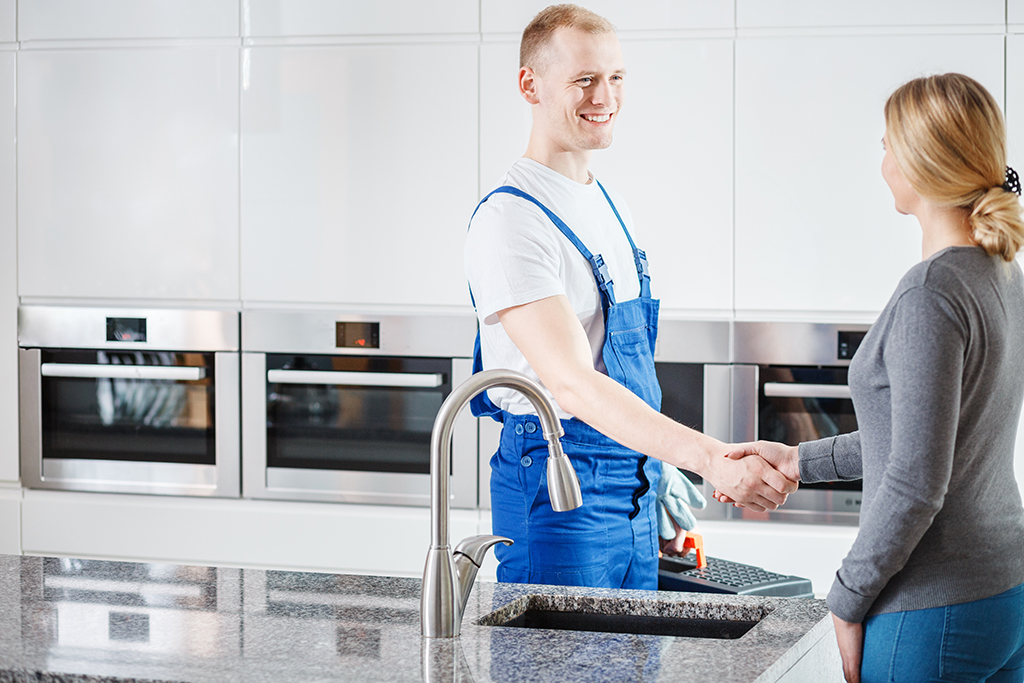 Photo By Photographee.eu at Shutterstock

If you realize the importance of the plumbing system of your building or home, you’ll ensure that it is kept well-maintained. It’s a good idea to contact a plumbing service in Chattanooga, TN and get an inspection done and not wait until the situation gets out of hand.

For the plumbing system to be in good condition and work efficiently, regular inspection is needed. Spring is the ideal time to get an inspection, as you experience plenty of rain in Chattanooga, TN during spring. Rain and snow can severely damage your plumbing system as it gets exposed to several elements. But that’s not the only reason why you should a plumbing inspection.

As a result of heavy rainfall and pressures of the expansive soil, the underground pipes in your home become susceptible to damages. In case the pipe gets broken, the grit and grime can get inside and make their way into the tap water. The foundations of your building are slowly under the threat of a collapse, if a slab leak that takes place under the foundation worsens. These can also potentially flood your place or dampen the spot which can prove to be an ideal breeding ground for molds and vermin. This gives rise to the health risks of the people residing there.

If you ever come across a leak or flood, call an emergency plumbing service in Chattanooga, TN. The plumbers are professionally trained to assess the problem. Also, they possess the skills and tools to deal with the situation at hand and come up with the solutions. It’s advised that you get a plumbing inspection done every once in a while as this would let you identify budding problems before they become a serious issue. Otherwise if the situation worsens, every other plumbing service in Chattanooga, TN would cost you a fortune.

Prevent Property from Getting Damaged Due to Flooding

In case you ever notice water pulling back into the drains, or if the lawn starts getting clogged out of the blue, this can be a cause for concern. This means that it’s quite likely that you’ll experience a potential blockage or have issues with the sewage or water lines. It could result in flooding that can in turn damage the building and also raise health concerns for your family.

Regular Plumbing Inspections Can Save Your Money

You’d be doing yourself a favor if you schedule a plumbing inspection before the rainy season arrives in Chattanooga, TN. That’ll help you discover any possible risks and keep it from turning into a lost-cause because of rains. It’ll keep you prepared as you wouldn’t have to worry about the plumbing system malfunctioning due to heavy rains. You won’t even have to spend tons of money on emergency plumbing service in Chattanooga, TN.

If you hire a professional plumbing service in Chattanooga, TN, they’ll be able to track down the defects in the plumbing system and tackle with the problem right away. Whether it’s a broken pipe, leaking slab or sewer overflow, they all can cause damages that are far too expensive to repair. If you get your plumbing system inspected on a regular basis and provide proper maintenance, especially during spring, you’ll be able to identify any initial symptoms of problems. In order to save your money and protect your health and property, it’s advised that you minimize the damage by dealing with the problem as soon as it’s detected.

Although plumbing is as basic as it gets, there are many myths regarding its usage, maintenance or repair that you need to let go of. We’ll discuss a few to clear things up a bit.

Myth No. 1: Hot Water is the Solution to Your Grease Problems

It’s true that hot water tends to melt down the grease. But when the grease goes into the pipes, it becomes hard and forms a big lump that can draw in lint, hair and even food bits that can clog the pipe. Try using cold water instead, as it breaks down the grease into smaller pieces that can easily go down the drain. However, it’ll be wiser if you put the grease in the bin instead of down your drain.

Myth No.2: You Can Ignore the Leaky Faucet

You might think that if you’re experiencing a few drops of water leakage from the faucet it’s okay to let it go. But let us remind you that eventually it’ll lead to higher water bills. A leaky faucet also indicates that there’s something wrong with the pipes. And obviously, it won’t get fixed on its own, so you better contact a plumbing service in Chattanooga, TN, to get it fixed.

Myth No. 3: You’re Free to Dispose Any Liquid Down the Drain

It’s a common belief held by many people that drain pipes can handle any sort of liquid and it’ll get washed away by the water. However, some liquids are not easy to wash away, and may cause the pipes to corrode and get blocked later on. If you don’t want to call up the plumber every now and then dispose off the left-over construction material in the trash.

Let go of these myths and habits to have a well functioning plumbing system at all times.

You can find plenty of good options that offer plumbing service in Chattanooga, TN so be quick to schedule a plumbing inspection for your pipes this spring. Doing so will help you detect issues with the plumbing system when they’re at an early stage, and will prevent the issues from growing into a big problem resulting in plenty of damage later on. Most importantly, regular inspections will keep you from spending a lot of money later on when the problems are too big to handle.

Contact the experts at Metro Plumbing, Heating, and Air today!