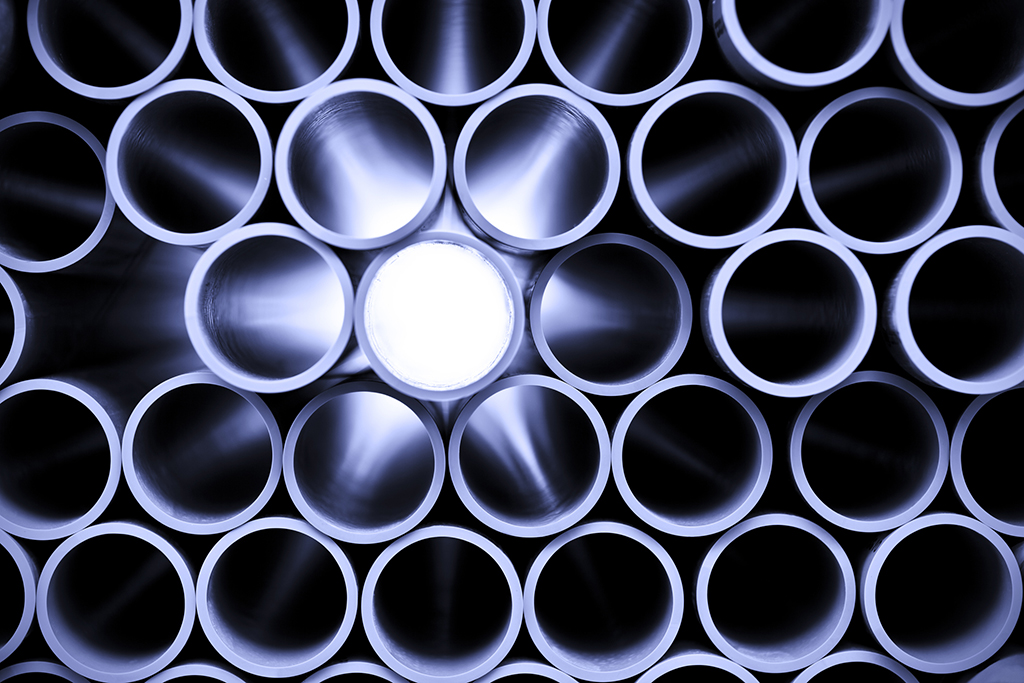 Photo By mbbirdy at istock

One of the questions you may ask when looking at a home is what kind of pipes they have. It’s important to know what pipes are in use to estimate the age of the plumbing system, and can help determine what your local plumber will do when called to fix issues that may arise in the future. Some pipes have more benefits than others and all will have different disadvantages. It’s also important to know how old the pipes are in a home so you can get your water tested and know what to expect.

Cast iron or galvanized steel pipes are some of the oldest styles of indoor plumbing in use today. Their generally dark look is unique, and they are highly resistant to damage from flow inside. That resistance to damage means they are mostly used for sewage and drainage. They last a decent amount of time but have been surpassed by other materials. Cast Iron pipes are also basic to install and replace, meaning your local plumber may recommend them. Cast Iron pipes are also cheap comparatively to other options on the market meaning your wallet will also thank you. Over time however if rusting occurs your cast iron pipes can actually completely rust shut the interior of the line, blocking anything going through. It is hard to tell without your plumber going through and testing them. Galvanized pipes are easily recycled however, meaning their impact on the environment is reduced. If you’re looking at an older Cleveland, TN house you’re more likely to see galvanized steel pipes.

Pipes made with copper is one of the most traditional materials used for plumbing. There are two different types of copper piping your local plumber may use, a rigid copper that will run long lengths across the house as needed and flexible tubing which is great for getting around tight areas. Copper’s main advantage is that it is not prone to corrosion or leaking in the pipe. It is also one of the few materials that can’t contaminate drinking water as it is extremely difficult for bacteria to live in copper pipes. Copper is also able to last over fifty years without replacement as long as it’s well kept. Copper pipes are also able to handle extreme swings in temperature, making them perfect for transporting hot and cold water. On the flip side copper piping is extremely expensive today and can be price prohibitive. Copper is also recyclable, but new pipes generally are not formed from old material, meaning the mining of copper is still required.

PVC pipes have likely been the standard of your local plumber since the 1970s. This specialized plastic is known for its longevity because it is immune to rust or corrosion. PVC connectors are so simple to use that you need no heating equipment to install in the building, the pipes are essentially glued together. PVC is able to handle massive amounts of pressure, meaning it can be used for your main line with no issue.It is also extremely cheap compared to other options. Unfortunately no material is perfect and when you ask your local plumber what PVC’s main weakness is, they’ll likely say that it’s useless for hot water lines. Just like most plastics over time hot water will start to warp and melt the line, leading to major issues for your house. Even though plastics in a whole are based off of a petroleum byproduct PVC can be recycled a few times industrially, unfortunately its life cycle is not extendable because of the chemical chain in PVC is hard to break down. That restriction means your local recycling system likely will not take it residentially.

A closely related product to PVC is CPVC. It is made of a similar material to PVC but is treated with chlorine during the process which means it is able to be used in hot water transportation, meaning the major disadvantage that PVC pipes have is removed. Your local plumber will likely also mention that CPVC is not able to handle UV light at the same rate as normal PVC and especially not other metals. CPVC is also more expensive than normal PVC. With this treatment to it CPVC can actually be recycled to base PVC materials that can find another use, extending their life cycle and decreasing environmental impact.

The most recent item on this list PEX has only been in the United States since the 1980s and is only now becoming more popular with your local plumber. PEX hasbeen the go to pipe in most new construction homes because of how easy it is to work with. Just like with PVC and CPVC, PEX is resistant to rust and corrosion allowing them to last indefinitely if kept up well. The biggest advantage however is that PEX is flexible, allowing it to be retrofitted into existing systems and make hard corner turns with a lot less bulk than PVC. It also doesn’t require multiple cuts to run across a house, a single piece can make the whole journey. PEX is also able to withstand extreme temperature variances, making it much easier to make all your pipes the same material. With every great advantage there must be turn offs. PEX can’t be used outdoors, much like CPVC. Your local plumber should also warn you that some varieties of PEX can have an effect on taste and smell of drinking water if it has been sitting in the pipes for a long time.

No matter what type of pipes you have the experts at Metro Plumbing Heating and Air Conditioning can take care of it for you in Cleveland, TN. Visit Metro Plumbing Heating and Air online to see what they are able to do for you. They are transparent with pricing and are insured, bonded, and licensed so that the next time you need a local plumber they can earn your business.