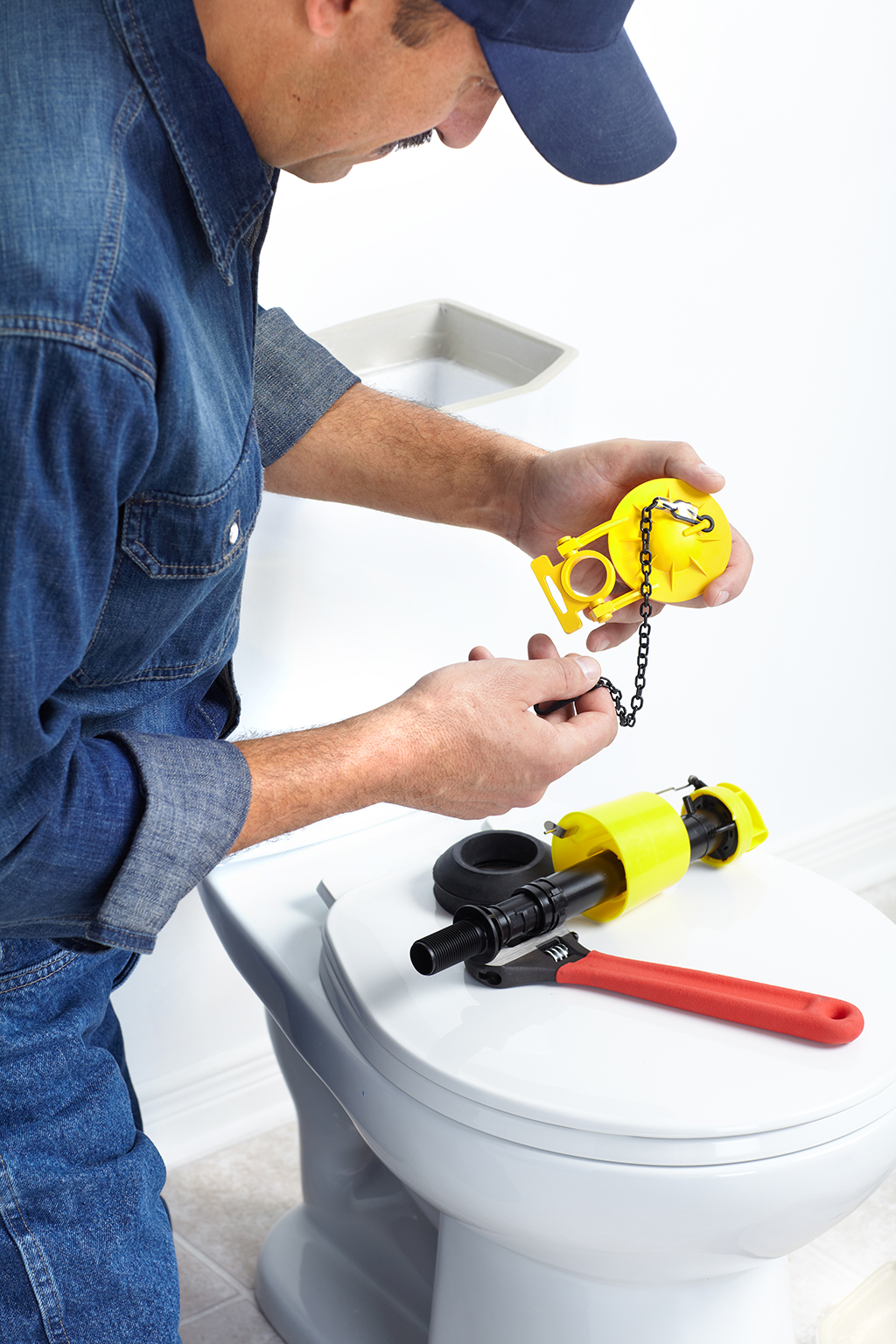 Photo By docent at Shutterstock

All homeowners experience plumbing problems that range from minor to grave issues, such as a clogged toilet or severe pipe leaks in the ceiling or inside walls. Many homeowners own simple essential tools that they use to fix small plumbing issues, such as replacing a drain cover or a worn-out washer. However, most major problems require plumbing service from an expert plumber.

Having common knowledge about what often goes wrong with your water and sewerage system minimizes the potential of a problem’s occurrence. Below are some of the most common issues that lead homeowners to seek out plumbing services from professionals in the field.

You’ll realize that water has lost its pressure when it starts trickling instead of gushing out from the taps. Low pressure may result from breakage in the mainline or accumulation of solid materials in the faucet aerators.

Water has various minerals dissolved in it. Failure to install an efficient filtration system results in mineral deposits in showerheads and faucet aerators. With time, these deposits accumulate and cause clogging, leading to low water pressure. You can solve this problem by cleaning the aerators. But if the problem persists, seek professional plumbing service from qualified plumbers in Cleveland, TN.

A running toilet causes water wastage and results in high water bills. Running toilets are caused by damaged flappers, which are the devices that control the movement of water from the toilet’s tank to its bowl.

Toilets also run due to other complex reasons like loosening of the fill tube, or when the float is imbalanced. They may not run but can have silent leaks caused by an inefficient flapper valve. To detect the presence of silent leaks, add drops of food color in the toilet’s tank and wait for a while. If you find colored water in the bowl, seek plumbing service to have the issue checked up.

You’ve most likely experienced shower water running cold in the middle of a bath. It’s an indicator of water heater failure caused by either a faulty thermostat, a failed pilot light, or the building up of sediments from mineral deposits.

If the malfunction has been caused by the pilot light going out, you can handle this by relighting the shower. You should seek plumbing service from professional plumbers in Cleveland, TN, for any other causes of heater failure.

When you flush a clogged toilet, water collects in the bowl and may even overflow. Clogged drains are detected when water fails to flow while having a shower or draining a sink. Clogging occurs after an object blocks the duct, making it impossible for water and waste to pass to the sewer line.

Unclogging can be done using a simple tool called a plunger, which uses air pressure and suction motion to pull out the obstacle. In case a plunger fails, you can go for chemical drain cleaners or use plumbing snakes to clear the drainage system.

Properly installed pipes can last for a very long time. However, wear and tear can result in cracks and breakages that cause leakage. Clear indicators of leaky pipes are; unreasonably high water bills, a water meter that is always running, wet spots on the ceiling, cracks on the foundation of the house, growth of mold and mildew in the bathrooms, and musty smells in the basement and bathrooms of the house.

If you detect any of the mentioned signs, know it’s time to seek plumbing service from reputable plumbers in Cleveland, TN.

Dripping faucets are also a prevalent problem. They can be annoying due to the repeated sounds produced by the droplets as they hit the surface. In a day, several liters of water are lost by a single dripping faucet. Imagine the amount that is lost if the situation isn’t corrected for weeks or months.

Water coming into your house is under very high pressure. Water tight-seals made of either silicone or rubber are used to prevent it from flowing out of faucets when taps are turned off. With time, the watertight seals get torn from wear and tear, hence allowing water droplets to fall off and producing the annoying dripping sound.

With specialized tools, you can replace the seals on your own. However, if the dripping faucet has been running for a long time, it may have caused corrosion on the valve seat. In case of such situations, plumbing service by an expert is necessary.

A sump pump is used to remove water accumulated in the sump basin and is mostly found in a house basement. If the sump pump fails, you might be at risk of getting your house basement flooded during the rainy season. Sump pump failure can be caused by power failure, frozen discharge lines, and poor maintenance. When the pump fails to function, it’s time you schedule a replacement or seek an expert in plumbing services.

Failure of the Filtration System

When you note that water flowing from your faucet has small visible particles and tastes weird, the source of the problem is most likely the filtration system. Plumbing service from a professional plumber can help in diagnosing and subsequent treatment of any issue concerning filtration.

Fixing a blocked sewer depends on where the blockage has occurred. If it’s outside your premises, your water company should fix it. If it’s within your home, that remains your sole responsibility.

The leading cause of sewer system blockage is the invasion of pipes by tree roots via pipe cracks or the choking of pipes by roots that grow and expand around them. Another reason is the clogging of the main sewer, which is caused by flushing solid materials like diapers down the toilet. Unlike modern sewer lines made of plastic, the older ones were made out of clay or cast iron, and were vulnerable to decomposition leading to breakage. Fixing sewer systems requires knowledgeable and experienced personnel.

With time, all components and structures making up a house start to age, resulting in a wide range of issues, such as the plumbing problems above. In case you notice any of these issues and lack the know-how or tools to sort them out, contact Metro Plumbing, Heating and Air, a reputable plumbing service near you and put the troubles behind you.