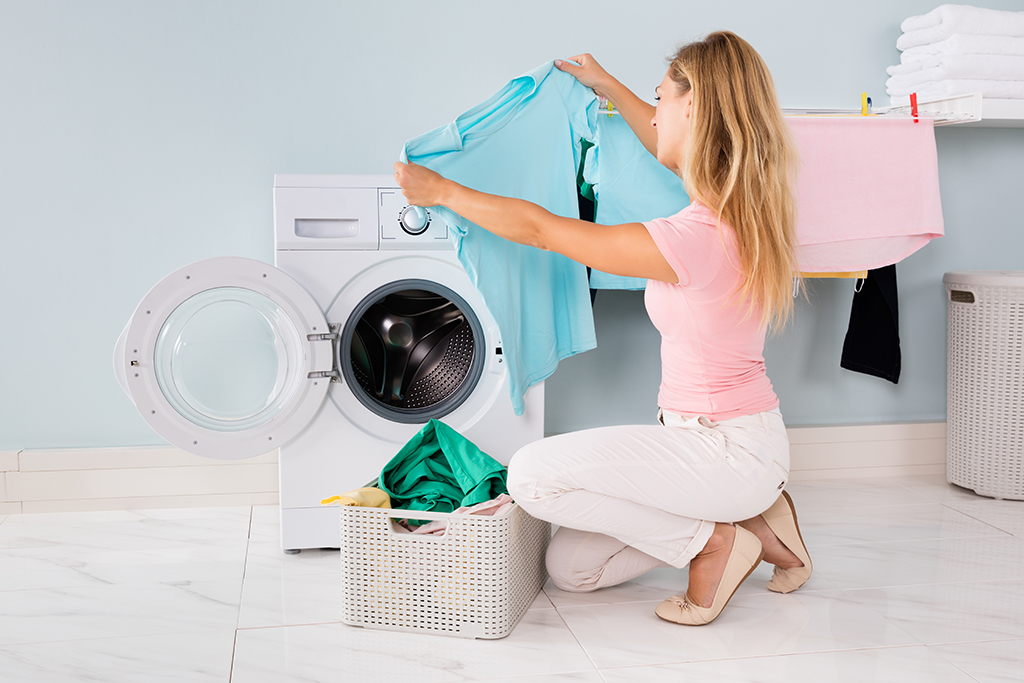 Photo By Andrey_Popov at Shutterstock

Hard water is a term used for water containing minerals such as calcium, magnesium, and carbonate. This can make it difficult to form a lather when washing. Also, when done, the laundry may appear to have lost color or might look soiled. The bathtub develops a mineral buildup, the dishes get covered in spots, and even your drains are more likely to clog because of the sediment buildup. In such a case, any local plumber in Cleveland, TN, will advise using a water softener.

Though hard water does not expose you to any health risks, it may have an undesirable taste, color, and odor. Hard water also decreases the life of your plumbing, water heater and other plumbing appliances. As such, it is best if you convert this hard water into soft water prior to usage, suggests a local plumber in Cleveland, TN.

According to a plumber in Cleveland, TN, nearly 85% of homes in the country face hard water issues. This hard water emerges from underground sources in which rock minerals accumulate over time, giving the water certain undesirable characteristics that are collectively referred to as hard water. The hardness is measured in terms of grains per gallon or GPG or parts per million of minerals, abbreviated as PPM. According to a plumber in Cleveland, TN, the two are related to each other by a factor of 17.1, that is, 1 GPG is the same as 17.1 PPM.

Generally, if the hardness of water is greater than 1 GPG, it is referred to as hard water. In practical terms, you don’t need any softening system until the hardness crosses 3.5 GPG. If the values are greater than 10.5 GPG, then the water is considered to be very hard.

As already explained, hard water doesn’t cause any health risks, but it can lead to expensive plumbing repairs and replacements. If heated, hard water recrystallizes, forming a scale that clogs your plumbing pipes, while also affecting flow rate, and decreasing water pressure. These mineral deposits affect the life of dishwashers, coffee makers, and water heaters, increase the frequency of repairs.

According to a local plumber in Cleveland, TN, the efficiency of a water heater decreases by as much as 30% if your home has hard water.

The hardness of water can be reduced when it’s passed through a water softening system. Let’s review the most common types of water softeners.

According to a plumber in Cleveland, TN, this is the most common kind of water softening system used in homes. A single unit features two tanks: the bed of the first one is covered with resin beads, and the second tank is filled with brine. When water passes through these tanks, the ‘hard ions’ are substituted with sodium, which is a soft ion.

As the name implies, the salt-free water softener doesn’t replace hard ions with sodium, but instead, adds potassium chloride salt to the water. This doesn’t really reduce the number of hard ions in the water but prevents them from forming a scale in your pipes and plumbing appliances.

If you’re concerned about your salt intake, then any plumber in Cleveland, TN would advise the salt-free water softener. However, you should know that the effectiveness of an ion exchange water softener is greater.

If a water softener is being charged, it must be disconnected, and cannot soften the water unless the softener is charged. In case soft water is required during this interval, you’ll have to wait until the system is fully charged. For large families, this can be problematic and hence, a dual tank water softener may be a better choice for you.

According to a plumber in Cleveland, TN, a dual tank water softener comprises two resin filled tanks. At any given instance, only a single tank is used, and the other one is charged. Thus, the supply of water is regular without any interruptions.

Should you choose this kind of water softening system, remember that it will take up space, and will have to be installed in such a way that it can be connected to the main water supply line in your home. Also, a drain is required for backwashing.

According to a plumber in Cleveland, TN, you should choose a model that offers a warranty for around 3 years and 10 years for the valve and mineral tanks, respectively.

A magnetic water softener, also known as a descaler, is a plug-in system which is connected to the incoming supply pipes. This creates a magnetic field that forces calcium carbonate molecules to repel each other, decreasing water hardness.

You should choose a water softener of suitable size and capacity while remaining within your budget. A local plumber in Cleveland, TN, suggests that you should buy a unit that doesn’t have to be charged for at least three days.

Determine a suitable size by multiplying the average gallons of water used by an individual in a day with the number of people in your family. Multiply the result by the hardness value to determine a suitable water softener capacity for your home. Does this sound too complex? Get in touch with us at Metro Plumbing, and we’ll help you find the right model, based on your daily water use.

Deciding on the Features

Before buying any model, take some time and understand the basic features. How long does each regeneration cycle take? How often will you have to refill the system with salt?  How will the cycles be controlled? Talk to a plumber, and get all these answers.

Want plumbing advice or help? Get in touch with a reliable plumber in Cleveland, TNtoday! Visit our website for more information.