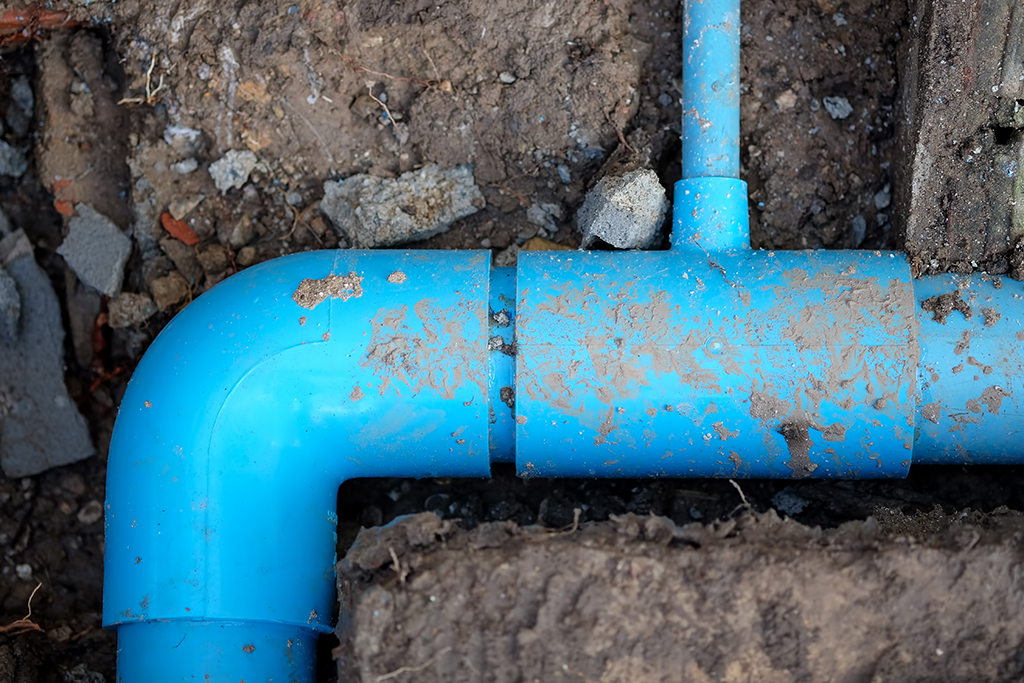 Photo By Poungsaed-Studio at Shutterstock

Do you finally want to put an end to your plumbing woes?  Are you considering calling a plumbing service in the Cleveland, TN area to re-pipe your home? Make sure you read through these pointers first.

If your house is over 50 years old or built in the 1970s, chances are that you need a plumbing service to do a re-piping. A whole-house re-piping is a good choice to make for the long-term benefits that it has.

Re-piping your house can correct a lot of issues that you may have been having for years. The entire plumbing system of your house is upgraded, which means the water supply and the drainage lines as well.

If you get a plumbing service it will take around five days to re-pipe your whole house. Plumbers will cut into the walls of your house and change all the pipes. Then, they’ll replace the parts of the wall they removed. You won’t even be able to tell once the re-piping is done.

If you’re constantly faced with plumbing problems, your house could be pleading for help. A re-piping can equip your house with all the newest piping materials and resolve all your plumbing issues.

It’s always better to know what you’re getting into and why. Here are some advantages of re-piping your home that you should know about:

If you’re living in a house that is over half a century old, the pipes are probably made of lead. They could also be made of copper. In either case, they have most likely started to corrode.

If your home’s pipes are made of lead or polybutylene, they can be extremely dangerous for your health. When you drink water that comes from these pipes, you could be ingesting harmful toxins into your body.

Polybutylene pipes are also easier to break than others. You don’t want a material like that providing the water supply in your home. Having corroded or broken pipes in your home’s walls can lead to water damage in the walls.

Having these chemicals in the water you drink can cause health problems in the future. Lead pipes are no longer used in newer plumbing systems, so you need a plumbing service to get them changed.

Have you ever had a leak somewhere in your home and only had that fixed? The trouble with this is that there could be other places in your home on the brink of leaking too. All the pipes are made of the same material after all.

The best way to prevent major leaks further down the line is to call a plumbing service to re-pipe your house. Once one leak springs up, it’s a sign that you need to fix a bigger issue before it’s too late. Leaks that are untreated for too long can damage the infrastructure of your home as well.

You might think that you’re saving money by only fixing the leaks as they come, but you’re just letting the issue escalate even further. This is because the same thing that’s causing a pipe to leak somewhere in your house is probably on its way to cause a leak somewhere else too.

It’s better to treat all the leaks in one go. It will also last a lot longer than a simple patch-up.

If you’ve been experiencing fluctuations in water pressure, it could be a pipe issue. When pipes get old, they can slow down water flow.

The buildup inside the pipes causes them to become narrower and stop water flow. In places where there’s more buildup, the water pressure will be lower. This is why you might have more pressure in some places than in others.

Irregular water pressure is also a waste of time. If it usually takes you 30 minutes to wash the dishes, it’ll take you an hour if the water is too slow.

If you experience problems with water pressure it could be due to corrosion and blockages in the pipes. Have a plumbing service come in and check the state of your pipes to see if you need re-piping.

When pipes get old, the water coming into your house may start appearing discolored. If you ever came home from a vacation only to find the water in your pipes looking brown, you might need to get it checked.

The reason for this discoloration is usually rust or some other buildup in the pipes of your home. It indicates that the pipes are corroding from inside and using chemicals to clean the water will not fix it. In most cases, this will only corrode the pipes further.

Having rust in the water that you use on a daily basis is dangerous. It can cause skin problems and health concerns if you drink it. It’s a sign that your home’s pipes have weakened and need to be replaced before a major breakdown.

Discolored water also tastes as bad as it looks. It can also have a smell to it. It’s better to have the pipes replaced by a plumbing service than have to live in a house with water that you can’t even use for your regular routine.

If you’ve ever had your water turn burning hot to burning cold in a matter of milliseconds, you could have a problem. Water temperature should only fluctuate when you’re changing the setting.

If something is dislodged inside the pipes, this can make the temperature change on its own. Have a plumbing service in the Cleveland, TN area come in and fix it for you. The anti-scald device or the valve could have broken from the dislodged pieces.

For a trustworthy and reliable plumbing service in the Cleveland, TN area, contact Metro Plumbing, Heating and Air of Cleveland, TN today! We have a well-qualified team of expert plumbers that will solve all your plumbing issues efficiently and with complete safety.